14 Tips for Choosing and "Educating" the Captain of your Football Team. 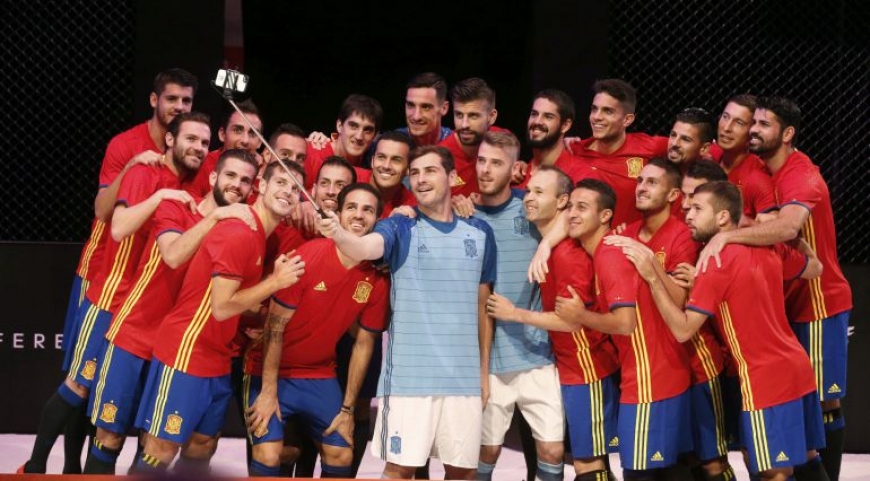 All groups must have someone to be the spokesman which in turn "manages" from within it. Having a good team captain is very important because if he performs his functions properly, the group will be united and working all together to achieve the objectives.  Who should the captain of the football team be?, what psychological aspects should we look in him?

Characteristics of the personality:

1. Fighter.- In team sports this would be one of the first qualities we should look for. A person must be able to move forward and "drag" the car when things are not going well. Never surrender, always fight.

2. Optimistic and positive.- If we have to follow someone, that is someone who thinks we can do it. Optimistic people "prevent" difficulties and strive to overcome them when they arise. A positive attitude predisposes to play better and to have a better performance.

3. Hard working and disciplined.- He must be the example to follow by the rest, he must "mark" the minimum limits to achieve in the sessions, he must "impose" the pace of work. "Come on guys one more series ... and now quicker." Disciplined people follow the rules, have appropriate behavior habits, they respect and get respect.

4. Collective.- The captain represents a group working for a common goal above the individual. At all times the master should "monitor" instill and motivate players to decide and act thinking about achieving the group's objectives: giving the goal assistance instead of passing to a guy with limited possibilities, run to support a partner rather than wait in another space "to see what happens."

5. Respectful and educated.- Not all players have the same skills. Not everyone thinks the same, have the same beliefs, values, opinions, etc ..., but the team needs the sum of all. The captain must respect and ensure respect on these differences, he must "extract" what the team has in common. An educated person is more likely to know how to deal with differences and due to his "education" have a respectful behavior with everyone. Otherwise we would have someone using a vulgar and coarse language and who may offend others with his bad words because their religion or values do not accept such "vocabulary".

6. Loyal to your idea of football. Yes I know, it is obvious but in my amateur stage I haven't taken into account and I have received many surprises and bad experiences. Imagine, my philosophy is to play holding the ball. My first year, two captains (also chosen by the group) didn't believe in playing like this and everything was nonsense long passes forward. At the time I detected this and changed the mentality of the captains, my team started playing football.

Skills to be acquired, it would be nice if they had them, but you can also teach them:

7. leadership.- Therefore traditionally a captain will be chosen among the most veterans. Now we're looking more for the leader than for the veteran. The captain must "move" the players, make sure they follow instructions and should foster the commitment of all to achieve results. Attention: look for a positive leader, otherwise it will be impossible to work with the group.

8. Communicator.- The captain helps to manage a group, although it could be a good skill to express himself and talk to a group, to which I refer to as communicate is that is understandable in the field when directing to his peers and off the field in relationships with others. Within communication skills is that of listening: to his teammates and the coaching staff.

9. Mind self-control.- He must know how to handle the emotions of the group: when we lose, when we win. In addition during the heat of battle in the field, manage tension under a bad foul, addressing the referee, etc ...

10. Public relations.- He should be the link between the players (locker room) and the media, the fans. Everyone expects to know the opinion of the captain both in bad times as in good times. It would be also good for him to manage social networks such as Twitter, Facebook, etc ...

11. Trainer and educator.- Young players, naturally, will want to be the captain, learn from him, his "secrets" tricks, etc ... He should know how to help these young people to improve their contributions, guide them, support them ...

12. Knowing how to act in public.- He represents his teammates and many times represents the club, even himself alone, without a coach being present. He must know how to dress and behave properly, based on social norms. In addition to what is seen as "good" or "bad" (alcohol or , partying, nutrition, etc ...)

13. How to choose the captain?

I will tell you of my own experience as a Pro.

I have always had three captains: two chosen by the group and one chosen by me. The team first chooses his two captains and then the coaching staff elects the third one.

I like players to express themselves and choose two people with whom they can see themselves better represented. Normally in a group of 30 players there are several subgroups if there are no local players, clearly there will be two large groups, so from what I understand is good for each group to have its "captain". The third one is the player who is more close to fulfill the features set forth in the preceding paragraphs and also understands that I can work with him, that I can teach him, for the sake of the group. If the team captain chooses the player the one whom I had in mind, I choose someone who can complement the elected captains.

I will refer to my work in the formation stage.

The first is to analyze what characteristics and skills he has and dominates. From there, our job will be to strengthen them, give them positive messages such as "very good motivator to the group" "I like him and boost your feisty attitude when losing a ball". We must also teach him that which he doesn't know and help him detect and act as expected when they happen. "I would need to know how many players need training shirts" "Please could you ask players who are stressed with exams, homework for school or university...? As you know, English is my second language, when explaining a new activity, I ask the captains to explain it again in "Correct English" for the whole group (communicator). I ask my captains to lead during training activities and choose to do exercise demonstrations. I ask them first if they want to add something to what was said by me when I address the group (leadership).